When a criminal case is brought against you by the Commonwealth, your criminal defense attorney is the only person going to fight for you and your liberty. A criminal conviction can result in incarceration, loss of rights including right to possess a firearm, right to vote and right to serve on a jury. Also, it may result in you registering as a sex offender, losing your driver’s license and may limit your employment opportunities as well as housing opportunities. Therefore, when facing a criminal charge, you should be looking for the best, well-respected and knowledgeable advocate on your behalf. At Farrell Weaver & Okun, we handle all criminal cases ranging from homicides to DUI. We also handle cases from criminal investigation, grand jury, preliminary hearing, trial stage, direct appeal, post-conviction stage, federal habeas, expungements and pardons. There is no case too big or too small for us to handle. If your case concerns criminal or juvenile charges, you should call us.

Farrell Weaver & Okun is a Pittsburgh based law firm representing clients all across Western and Central Pennsylvania. We have represented clients in Allegheny, Blair, Beaver, Indiana, Somerset, Westmoreland, Greene, Lawrence, Butler County and several other counties. At Farrell Weaver & Okun, we provide years of experience in representing clients in any and all types of criminal trials and appeals to give our clients their best chance for a successful outcome to protect their liberty. As Pittsburgh Criminal Defense Attorneys, we pride ourselves on working hard for our clients. Unlike other firms, you get an all-hands-on-deck approach as our attorneys who work together as a team on each case. We use the years of experience gathered from handling every imaginable case to pursue the best outcome for our clients. At the end of the day, experience matters.

In Pennsylvania, there are several types of homicides one can be convicted of: first-degree murder, second-degree murder, third-degree murder, voluntary manslaughter, involuntary manslaughter, homicide by motor vehicle and homicide by vehicle- DUI related to name a few. Each of these homicides carry different penalties. Convictions for any of these homicides can carry a sentence for a lengthy period of incarceration including life, and even death. Common defenses to these charges include self-defense, whether or not the individual(s) had an alibi, or the lack of intent (mens rea) to commit the crime. Other defenses can include insanity and intoxication, which can ultimately negate the intent element of certain homicide crimes but does not completely exonerate an individual.

First-degree murder can carry one of two penalties: a death sentence or mandatory life without possibility of parole. When the Commonwealth seeks the death penalty for a first-degree homicide case, it is split into two phases: guilt phase and penalty phase. The guilt phase determines guilt or innocence. If a guilty verdict at the guilt phase, the penalty phase determines the sentence: death or life without possibility of parole. Attorneys must have particular credentials to handle death penalty cases. Thomas N. Farrell is one of few attorneys in Western Pennsylvania that carries this accreditation.

There are many different sex crimes an individual can be charged with including involuntary deviate sexual intercourse, rape, rape of an unconscious victim, sexual assault, aggravated indecent assault, indecent assault and indecent exposure, among others. The Commonwealth of Pennsylvania can impose harsh sentences to an individual for a conviction of a sex offense. Along with the potential for incarceration, most of the serious sex offenses come with a term of Megan’s Law (otherwise known as “SORNA”), which can be a ten, fifteen or lifetime registration requirement. This means that a person convicted of an enumerated sexual offense must register with the Pennsylvania State Police and their photograph and personal information will be placed on a website so that the entire world can view.

In a sex offense case as in all criminal cases, the Commonwealth must prove every element of the crime charge beyond a reasonable doubt. This mean that a Pittsburgh criminal defense lawyer can challenge different elements of the sex charge such as the mental state or intent (“mens rea”) or whether the conduct actually occurred (“actus reus”). These challenges can be waged by attacking the credibility of a witness or victim by exposing an alternative motive or whether there in fact was consent to engage in the conduct.

Drug offenses within Pennsylvania has arguably seen the most changes between the treatment of possession of certain drugs. A good Pittsburgh criminal defense attorney must know the issues and complexities regarding the Fourth Amendment of the United States Constitution Article 1 Section 8 of the Pennsylvania Constitution. These crimes should not be taken lightly as they can carry lengthy sentences. Some of the serious criminal charges for drug possession in Pittsburgh include possession with intent to deliver, use of criminal communication facility, corrupt organization, among others.

An experienced criminal defense lawyer in Pittsburgh may find a way to challenge these alleged crimes by attacking the validity of the search and/or seizure of the drugs or individual under the Fourth Amendment of the United States Constitution and Article 1 Section 8 of the Pennsylvania Constitution. If challenged and found to be improper, the evidence seized following the illegal search may be suppressed and deemed inadmissible at the criminal proceedings. The suppression of evidence can lead to dismissal of the charges.

Robbery, other thefts and assaults are serious crimes that, if convicted, can result in felony convictions seriously hurting an individual’s record and/or resulting in a sentence of incarceration.

Robbery, theft, burglary and other crimes of fraud have a lasting impact on an individual because they can cause a serious restriction in obtaining employment.

There are several types of assaults one can be charged with including aggravated assault, aggravated assault by a prisoner, aggravated assault on a law enforcement agent, terroristic threats or simple assault. These are serious crimes of violence and must be handled with diligence. Generally, an experienced criminal defense lawyer in Pittsburgh can use self-defense or a lack of intent (“mens rea”) to cause such crimes to defend the individual’s case.

Generally, a criminal defense lawyer can only raise issues to the appellate courts that have been properly objected to at trial. These can include evidentiary objections such as an objection to a hearsay statement, relevance of a piece of testimony or evidence, or the introduction of prior bad acts. Issues that criminal defense lawyers raise on direct appeal can also include sufficiency of the evidence and weight of the evidence. Also, an issue regarding the discretionary aspects of sentencing can be raised on direct appeal.

A criminal defense lawyer doing an appeal must be principled in his approach to raise meritorious issues and fully review the defendant’s case. As the United States and Pennsylvania Constitutions guarantee as of right, a criminal defendant is entitled to effective assistance of counsel at trial and appeal.

After the direct appeal has concluded, the defendant has one year from the date his judgment becomes final to file a petition pursuant to the Post-Conviction Relief Act (“PCRA”). At this stage, the defendant has the right to have representation by an attorney and that attorney provide effective assistance of counsel.

In a PCRA proceeding, the criminal defense attorney is limited in what issues that can be raised at this stage. Generally, a defendant can only raise issues that could not have been previously raised before. The defendant can raise ineffective assistance of trial and/or appellate counsel during the trial and/or direct appeal, newly-discovered evidence, a retroactively applicable change in law and legality of sentence.

A defendant must first file the PCRA petition in the trial court and give it the first chance to address the issues. After a decision is rendered at the trial level, the PCRA follows the same process as the direct appeal. The decision by the trial court regarding the PCRA petition can be appealed to the Superior Court of Pennsylvania and then, after decision by the Superior Court, can petition the Supreme Court of Pennsylvania to accept the PCRA appeal.

Other Crimes and Expungements

There are many other crimes that individuals can be charged with such as a DUI. The result of these crimes can have a serious impact on an individual’s criminal record for their ability to obtain work or go to school in the future.

For instance, juvenile adjudications can stay on a defendant’s record long for fifteen or more years depending on when the adjudication occurred.

In DUI cases in Pittsburgh, an individual may be eligible for ARD (alternative resolution disposition), which can result in the dismissal of the charges before trial and subsequent expungement from the individual’s record.

At Farrell Weaver & Okun, we will always work hard for you. We will always properly advise and effectively advocate for you or your loved one’s best interest and try to obtain the best result possible. We handle our cases by a team approach between our attorneys on each case so no decision is made without considering all possible consequences. We believe that experience matters and when your liberty is at stake, your criminal defense lawyer should have the requisite experience, understanding and knowledge to represent your interests effectively. 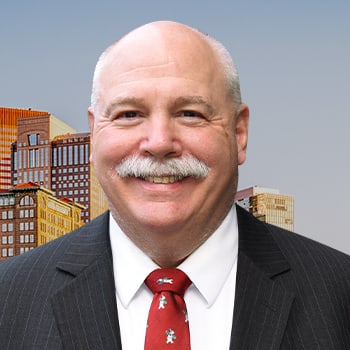 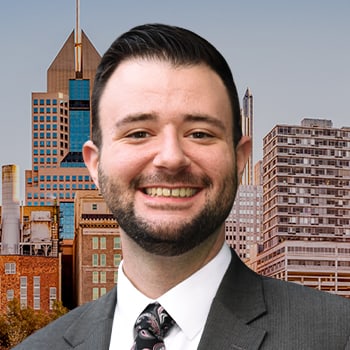 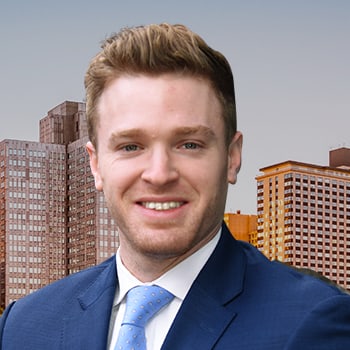 Justin Okun
View More
Client Reviews
★★★★★
"This firm is absolutely amazing! From Erika who is sweet and always helpFul. To Tom's right hand ace attorney Lyle Weaver, and the man Tom Farrell is The Top appellate and criminal lawyer in Allegheny county and Pittsburgh!! These men gave me a second chance at my life... and while they are half way there! They got me a new trial, my freedom, and have no doubt they will get me the best resolution possible in the end! As I said Tom screw John Wayne your my hero! Thank you more than words can say!" J
★★★★★
"Polite, courteous, respectful, and nice. Did a great job handling my traffic case." J.A.
★★★★★
"Professional, Personable, Respected by his Peers, Tom Produces Results" D.C.
★★★★★
“Courteous, professional, and knowledgeable… it felt like I was dealing with someone I knew. Lisle provided a quality of service I would have been happy to pay for, but I didn't have to, bill zero” J
★★★★★
"The team did remarkable work. They were sharp, direct, and focused throughout the whole process. Theres a saying that goes quoted by a famous boxer Ali " Dont count the days, make the days count." Everyday they provided there teamwork, arguments, and professionalism to get to the bottom of the outcome and won the case. Im deeply thankful for the hard work and service they gave my cousin!!" L.B.
View More
Submit a Law Firm Client Review
Contact Us