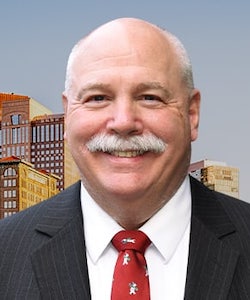 As a private criminal defense attorney, Tom has successfully handled thousands of criminal cases at every stage — pre-arrest investigations, trials, appeals, and applications for expungements, commutations pardons. Tom is an experienced trial lawyer handling cases ranging from Death Penalty trials to DUI trials. He has not only garnered a reputation in Allegheny County, but Tom also represents people throughout all of Western Pennsylvania, including Washington, Lawrence, Butler, Armstrong, Venango, Fayette, Mercer, Indiana, Blair, etc.

United States Court of Appeal for the Third Circuit:

Aside from practicing law, Tom also enjoys teaching the law. He has been very active in the community and colleagues know he is always available to lend a helping hand or advice. He has also taught the following classes:

Contact Us
Practice Areas
Client Reviews
★★★★★
"This firm is absolutely amazing! From Erika who is sweet and always helpFul. To Tom's right hand ace attorney Lyle Weaver, and the man Tom Farrell is The Top appellate and criminal lawyer in Allegheny county and Pittsburgh!! These men gave me a second chance at my life... and while they are half way there! They got me a new trial, my freedom, and have no doubt they will get me the best resolution possible in the end! As I said Tom screw John Wayne your my hero! Thank you more than words can say!" J
★★★★★
"Polite, courteous, respectful, and nice. Did a great job handling my traffic case." J.A.
★★★★★
"Professional, Personable, Respected by his Peers, Tom Produces Results" D.C.
★★★★★
“Courteous, professional, and knowledgeable… it felt like I was dealing with someone I knew. Lisle provided a quality of service I would have been happy to pay for, but I didn't have to, bill zero” J
View More
Submit a Law Firm Client Review